When Experience Matters.CONTACT US NOWFor a Free Consultation 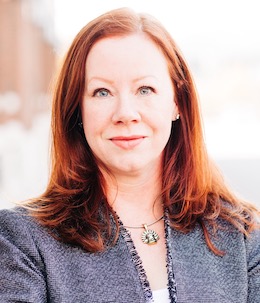 Concentrating her practice in federal criminal cases, Camille Knight has represented individuals and companies during investigations and pre-indictment dispositions, achieving several non-prosecution agreements for her clients.

She has also represented hundreds of clients in criminal proceedings post-indictment, through trial, in appeals and in postconviction litigation.

She has represented individuals in federal habeas proceedings and has tried numerous cases in federal and state courts in Texas and Illinois. Knight has also argued several times before the Fifth and Seventh Circuit United States Court of Appeals, winning appeals on behalf of her clients.

A 2000 magna cum laude graduate of University of Illinois Chicago School of Law, Knight first served as a judicial clerk to the Honorable Paul D. Stickney in Dallas. She then worked at one of the largest Texas law firms at the time. Knight then joined the Office of the Federal Defender in Dallas where she gained criminal trial and appellate experience. She next went to Chicago and worked for a large firm, concentrating on federal trials of civil cases, including defending the City of Chicago in civil rights litigation. Knight then came back to Dallas and has been in private practice focusing on criminal defense and appeals for well over a decade.

Recognitions
Contact Us
Practice Areas
Client Reviews
★★★★★
Absolutely Love Camille! She is so down to earth and knows her stuff. She is totally confident to go up against whatever the issue is and I am so thankful to have her as my attorney. Andrea Smith
★★★★★
First-Class Representation. I don't know what I would have done without Camille. She was incredibly helpful in keeping me from a dire situation, over an incident that had gotten long out of control. All of my associates who have met her have commented to me on how sharp she is, and how lucky I was to have her represent me. I have NO problems giving her a 5 star rating, and highly recommend her services. David
★★★★★
My Life Saver!! I don’t know what I would do without Camille on my side. She helped me, explained things on my level, has never spoken down to me, and is just the absolute best! She really knows her stuff and I’m just so proud to have her on my side. Andrea
View More
Submit a Law Firm Client Review